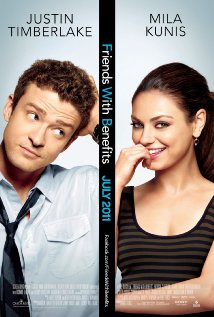 (Wait a minute.  Mila Kunis took her shirt off… )

– anyway you see time zones are really tricky.  And then when you add in daylight savings everything gets that much more complex.  There are dozens and dozens of different schemes and they change constantly.  It’s a huge pain to just determine if any particular time should use DST or not and even harder to do actual calculations across multiple times.  You have to know –

(Hey – Jason Segal’s in this!  No wait… he’s in a movie inside the movie.  His movie looks better – it’s mocking romantic comedies.  I think that means that the actual movie is trying to mock them as well except it’s also a completely clichéd romantic comedy itself.  Oh, Rashida Jones is in Jason’s movie.  I like her.  She should take her shirt off sometime…)

– Indian time is so much easier.  One timezone across the whole country.  They deal with it and they’re nearly as wide as us but we have four; six if you count Alaska and Hawaii!  Don’t get me started on Indiana and their special freakin’ rules.  You know what?  Fuck you Indiana.  You’re nothing special – just get in line!  You know you’re not doing yourself –

(These sex scenes are really lame.  Mila Kunis is one of the hottest women on the planet and these scenes are making her seem less hot.  I’ve seen more chemistry on Mr. Wizard.  They really do not work well together.  They also do a lot of talking – being raunchy isn’t a substitute for being funny, guys…)

– did you know that there are 345 areas in Indiana with unique time zone histories?  Even today there are 12 counties that observe Central Time while the reset observe Eastern time.  You can get up at 7am, drive directly South for a few minutes and end up an hour later.  It’s pants-crapping-crazy.  You’d think they’d change just to make things simpler by now but no they –

(Jason Segal’s back for a little bit.  These scenes are funny but they’re also sad because the movie seems to think that by having them it’s met some kind of “hip” quota or something and can then do exactly what it was just mocking.  Ironically, maybe.  This movie a by-the-numbers romantic comedy.  The fact that it keeps trying to tell us it isn’t just makes it seem more and more lame.  Oh, big surprise, the friends had meaningless sex until it meant something then ended up happy.  Ohh movie, you’re so edgy!  So very edgy…)

I should probably focus and get this new code done.