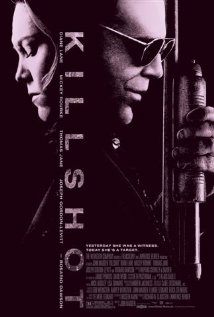 Thrillers are hard to get just right.  There’s an incredibly fine line between a onimous stare and ridiculous mugging.  Between a straggled gasp of horror and a barely stifled belch.  This gets things so close to right but more often than not we get a belch rather than a gasp .

The story flows well enough but the main drivers are all just a little off. This (to eliminate spoilers) really had to happen… but only because that completely out-of-left-field thing happened.  Often the problems reside in odd character shifts and even odder choices and this limits how close to the characters we can become.

The acting is very good – as you might expect from the mostly A-list (well, maybe A minus… B plus at worst!) cast.  They really do the best the best they can with characters that are often asked to do rather silly things.  Joseph Gordon-Levitt [IMDB], especially, steps out of his comfort zone and plays a damn fine psychotic bastard.

It’s hurt by uneven character development and shaky motivations but this isn’t really that bad a thriller; at least if you don’t think about too much.  Unfortunately half the fun of a great thriller is really, really thinking about it.  Putting yourself in the situation, measuring the onscreen reactions against your own.  That’s how great thriller’s get under your skin.  This one just doesn’t.