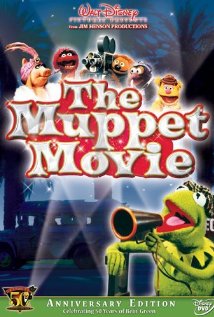 “The Muppet Movie” on IMDB

[My daughter recently discovered that all her Jewish friends go the movies on Christmas day.  My wife and I – both having worked for various movie theaters in our misspent youths – know that Christmas is actually the biggest single movie day of the year and had no desire to deal with the crowds.  My daughter, as a “compromise”, suggested that, instead, we go see a movie for each day of Hanukkah.  Unable to afford that, we compromised on the compromise and settled on crowding onto the couch, eating Oreos and watching eight nights of classic movies.  Because great old movies are kind of like… an oily miracle?  Or something?  Anyway – this is number one.]

This is still every bit the classic it should be.  Being, as it is, incredibly pun-heavy and peopled with now-dead celebrities it may not resonate with younger audiences as much as it did 30 years ago.  Even granting that, however, it’s still better than most of the drivel dressed up and pranced out as family friendly fare now.  My wife and I had not seen it for years but it surprised us  how much of it we remembered (and quote regularly).

Sure a lot of the gags are pure groaners.  “Turn at the fork in the road” and “Drinks are on the house” may be classics but that doesn’t mean they’re all that funny but their simplicity still makes you smile uncontrollably.  Surprisingly few of them are dated   of the   The songs are still just as catchy.  People a certain age will very likely remember being forced to screech them during Junior High chorus.

Most importantly the characters are still… the characters.  The same characters doing to the same shtick that even after all these years results in the same smiles.  I can’t believe that it took us this long to share this with our kids.