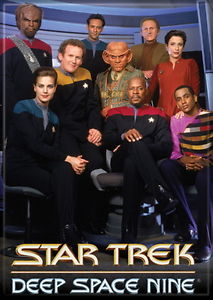 With this being the 50th anniversary of Star Trek, many people are doing retrospectives of the franchises history. Part of this, invariably, are comparisons of the many television shows. Surprisingly, some people are coming up with the correct answer to this contentious question:

These people clearly know what some fail to grasp: Deep Space Nine is the best Star Trek series. Hands down. No qualifications. No arguments.

It’s All About Character

While all of the Trek series had a strong central cast, they did tend towards the shallow end of the spectrum. Each character had a handful of  traits and background facts that defined them, but, with few exceptions, little beyond that. Furthermore those characters experienced very little change over time. Every series had episodes that focused on its characters, but for most they were the exception, not the rule. 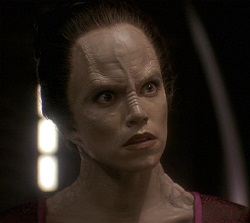 This is Tora Ziyal. She appeared on the show nine times and we know more about her life than most of the cast on the other shows.

Deep Space Nine did two things differently. Firstly, they placed the cast in a single location that fostered depth rather than novelty. This allowed the writers to delve not only into the main cast, but into a multitude of characters. By the end of the run there were literally dozens of secondary characters with richer backgrounds than most of the main cast of the other series.

Secondly, the story was set within a complex political, religious and cultural web. DS9 was nominally a Federation station, but its crew was forced like none other before or since to walk the edge of what that meant. They took incredible care in building its characters and, naturally, that extended to the many worlds in which they lived.

Star Trek, like any good science fiction, often tackled difficult real-world topics through metaphor, but the environment Deep Space Nine created lent itself to this better than all the others. The characters were not only exposed to challenging ideas and cultural differences, but adapted and changed because of them.

The show did all of this via intricate, long form storytelling that rewarded dedicated, appointment viewing. It was smart, daring and incredibly influential on what came after. It was, and remains, the best Star Trek series and, in general, one of the best science-fiction series ever produced.