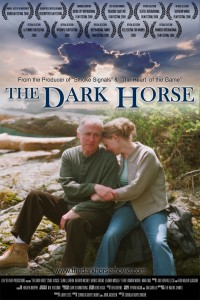 “The Dark Horse” on IMDB

Look at that box!  All those awards! This must be a great movie, right?  My 10 year-old daughter is going through a horse phase so an uplifting feel good movie about a horse should go over well, right?

The first three or four hours were kind of slow.  My daughter gave up… maybe 20 minutes in.  A woman goes back home… for some reason.  Her dad’s clearly got a bad case of crazy-old-man disease but nobody seems to notice.  So she calls her brother and he brings a whole truck load of people!  There’s a horse (it’s black) but we don’t see it much.  I thought that was odd since it was kind of in the title and all, but there are lots more movie to go!

The next two hours or so deal mostly with implied family history.  The one brother stole a girl from other.  One of the kids is mentally challenged.  Mom’s a bitch.  Dad’s even more crazy but nobody decides to notice yet.  This whole segment ends with everybody finding out that the parents, who are known to have no jobs or income, are – gasp! – broke.  So the daughter contacts a lawyer about… something or other.  He asks her to stall… for some reason.

It’s the next four hours or so where things really get moving!  The daughter thinks that if she can sell the black horse then that’ll solve everything.  The black horse is crazy and dangerous though!  We know this because they tell us all the time while the horse stands quietly next to them.  He doesn’t seem to actually move much but admittedly I don’t know horses that well.  Maybe he had a look in his eye or something.  Oh, people also decide to start noticing that Dad is pants-crapping-crazy.

Of course the last two hours is all about the Dressage competition.  Dressage, as everybody knows, is incredibly exciting!  I won’t ruin the ending, but with Dressage you know that anything can happen!

This was clearly a deeply important story to somebody.  It’s actually mostly competent overall.  The acting is a little wooden at times and the script a little soulless.  It’s just totally, completely incontrovertibly dull.