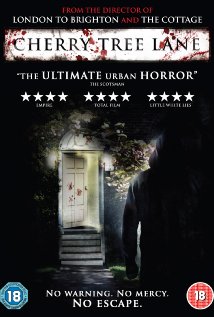 Three thugs push their way in, beat the husband fiercely and tie them up.  The thug in charge, just a kid really, tells the couple that their son has gotten his cousin in trouble and needs to pay.   He’s going to wait until he comes home and kill him.

It’s really a promising start to a thriller.

Much of it works quite well.  Presented in real-time, primarily from the husband’s point-of-view we share the uncertainty and fear.  The situation – parents being terrorized unwittingly for the unknown actions of their children – may not be entirely relatable but is, at least, understandable.  Parents of teen children are generally horrified by their children on a daily basis anyway; this is just an amplification.  The parents convey this uncertainty and pain well.

The thugs… not so much.  They’re rather cookie-cutter.  There’s the wild, mean one.  He does mean things and we don’t like him.  Then there’s the dumb one.  We don’t see him all that much, but damn he’s dumb.  Finally there’s the thug with a heart (but not so much heart that he doesn’t abet home invasion, battery and murder).  For the bulk of the film these are the characters driving all the action and dialog and, sadly, they’re just not very interesting.

This unfortunately drags the film down to that nice, comfortable average territory that makes it worth a look, but not a second.  The area that makes you think, “that would have made a good episode of a TV show,” because, as a movie, it just dragged on a bit too long.  It’s good, but it could have been a lot better.