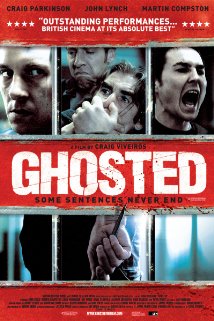 I was, honestly, wholly confused by this one as I walked away. The story was standard, but well done. Jack (John Lynch [IMDB]) is an older, well-heeled, model prisoner near to release. Paul (Martin Compston [IMDB]) is a vulnerable young newbie being targeted by the violent rapist that controls the block. When Jack decides to befriend and protect Paul he risks his freedom and his life.

The acting, especially from Lynch, is remarkable and subdued. While far from emotionless, the inner turmoil under a veil of calm is riveting. The pacing may be a bit slow for American audiences used to non-stop action, but is perfect for the story being told.

The confusion comes in at the end with a plot twist so ridiculously unbelievable that you’ll likely wonder how people responsible for the rest of the film could have allowed it to continue. It confused me so much, in fact, that I ended up doing some research on the film. Apparently the key is in the title.

I, like I assume most Americans, simply assumed the title was a metaphor for the half-life that affects many prisoners. They’re lives are placed on hold while they maintain the most tenuous of relationships to their former selves. “Ghosted” seemed completely appropriate. In the U.K., however, the term has a different meaning.

“Ghosted”, there, refers to the controversial process of moving prisoners almost randomly around the system. Apparently this is done with problem inmates so that they can’t get comfortable or build the support systems needed to cause real trouble. It’s also been accused of ensuring that inmates are unable to get the counseling they need and creating logistical nightmares as circumstances and relationships can’t be tracked.

Considering the movie as a cautionary tale against the practice (and understanding that such stories tend to be just a little emotionally manipulative) makes the ending significantly more understandable and palatable. It’s still silly, but at least it’s silly for a reason.

With the cultural confusion dealt with, this is a gritty, thought-provoking drama well worth the effort to track down.