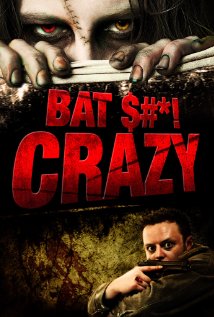 [This is the first review for this edition of  my semi-regular “my-wife-is-visiting-relatives-so-I’m-watching-loads-of-crappy-movies” film festival.]

This one has some serious aspirations; it begins with a quote by Franz Kafka!  After starting with a rather banal conversation to set the stage we head off into the first of many (many) extended montages rife with tracking shots, motion stills and annoying techno music that try very (very) hard to be artistic (and even succeed at it every once in a while).

It’s clear that the writers/directors had some actual good ideas to play with.  The main hook is a periodic voice-over from a child relating a fable about a crow and wolf.  The fable (which I believe is original to the movie) is engaging and entertaining.  Unfortunately it simply doesn’t reflect the story being told as much as its prominence would suggest making it feel out-of-place and tacked-on.

The main problem with the movie is that it tries to do too much which allows many of the threads to continually conflict.   The core story is a fairly well constructed descent into paranoia but we’re also presented with side-plots involving an unbalanced friendship, adultery, a missing dog and a pact to cover up a crime.  Not much else can be taken seriously once we learn that any of it can be delusion.  Much of the rest of the movie takes on a dreary, plodding aspect while we wait for something important to happen.

Apparently this movie was released some time ago as “Fabled” – a title which made significantly more sense even if the story didn’t live up to it.  By renaming it and creating a totally irrelevant new poster the production company is clearly trying to rebrand this as a straight-up horror flick.  It just doesn’t work on that level.  At all.  It’s more successful as a psychological thriller.  Still flawed to the core but if that’s you’re thing you might get something out of this.