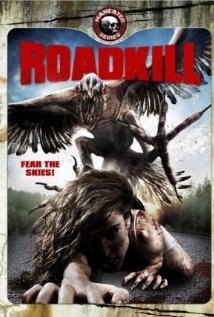 Six friends get together to tour Ireland.  You can drive across the country in a few hours and anything worth seeing is surrounded by inns, pubs and absolutely no parking; so of course these geniuses rent the biggest god-damn RV they can find.  We kick-off with the requisite “watch the gang having fun!” musical montage.  We spend just enough time there to split off the two characters with back-stories from the generic timid girl, hot girl, dumbass guy and black guy.  Then, introductions out-of-the-way, we beeline straight for the dirtiest, creepiest gypsy gas station on the whole damn island – which happens to be at the absolute ass-end of nowhere.

Since there’s a handwritten sign that says “Bric-a-brac!  Bargains!” they all wander in and start chatting up the gypsies.   The gypsies are, of course, rude, dirty, deformed, racist thieves that want to cheat these fine young people out of their money, leer at their women and tell their fortune.  The black guy then demands that they buy watermelon and fried-chicken, screams about his Obama phone and fails to get a job.

Wait a second – I’m sorry – no he doesn’t.  That would be insulting and patently racist.  What I meant to say was that when the kids piss them off the dirty, thieving gypsies curse them.

With Roc-death.  Yes, somehow these gypsies have a magically controlled pet Roc.  No, not this Roc.  Again – that would be insulting and racist (but, I assure you, vastly more entertaining).  No, I’m talking about the fictional giant Arabian Eagle that carries off elephants.  (Apparently this team’s next film will be a gritty war drama where a group of Iraqi soldiers fight off a horde of bloodthirsty – and very confused – pooka’s.)  The kids run away.  They drive, the Roc attacks.  They stop, the Roc attacks.  The gypsies get back into the picture – they’re still dirty, evil and dirty (yes, they’re double-dirty at least).  There’s a nonsensical plot about an amulet and a lot of really bad CGI.

(As an aside – and spoiler! – who decided that the hot girl should always be killed first?  Also, why leave the dumbass until the end?  These movies have little enough going for them to begin with – why toss your eye-candy to the monster as quickly as possible?  I’m not saying that anybody is watching these movies just for the hotties – in fact I’m suggesting outright that nobody watch these movies at all.  But if you already have a hottie on hand and literally nothing else worth watching common sense dictates that you don’t toss her to the monster first-thing.)

In case you’ve not realized this yet – this was a “SyFy Original” movie.  I didn’t actually know that going in, but the pedigree was obvious after only a few minutes.  Had it been called “Mega-Roc” I would have known before pressing “play”.  Just stay away from it.  It’s the worst kind of bad – uninspired, lazy and insipid.