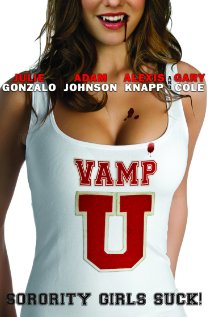 Until, that is, a new student – the spitting image of his lost love – enrolls and things spiral quickly (and pretty predictably) out of control.  While the poster tries to sell this as an 80’s-style college sex romp, it’s actually a pretty basic rom-com with an above average body-count.

The performances are generally above average for this budget level.  The writing is a bit corny and pun-heavy, but the main story is enjoyable enough.  They may have missed their window here (five or ten years ago this would have made more sense), but the premise really is pretty timeless.  It’s nothing you’re ever going to revisit, or even remember, but it’s not a bad little diversion.