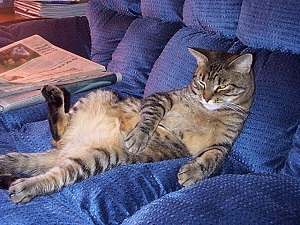 This cat was internet famous for a few minutes. She was also mean and dumb as a rock.

Way back in the history times of 1996 there were no truly “portable” computers; instead you had what were graciously called “luggables”. There was no Wi-Fi or 4G or anything else that my children annoyingly take for granted. If you wanted to read about the web when you were away from your blazing fast 486-class PC you needed to carry around a loosely bound sheaf of paper that other people had written things on.

1996 was, most people agree, the dawn of the “modern” web. Companies knew that it existed and that, dammit, they needed to do something with it! I was working at a 7-Eleven in Boston at the time while my new bride was finishing her degree. I began to tinker with this “web” thing.

My first site was a ridiculously terrible one-pager featuring, yes, pictures of our cat.  It was called “The Stupidest Cat in the World” and had the memorable URL of “www.cybercom.net/~kiwicove/dpresshp/stpdcat.htm”. It was a dumb, throw-away effort to help me learn HTML. It became weirdly popular for absolutely no reason and was featured in two magazines (that we know of). 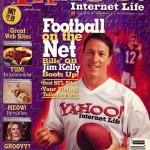 Remember when Yahoo was not only a thing, but THE thing? 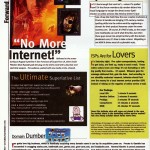 My dumbass page was featured in “The Ultimate Superlative List” 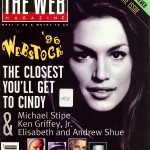 Did you know that they used to use SEX to SELL things? 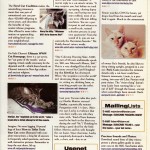 This one also included one of my photos. (That cat is dead now, by the way.)

I was also doing a much more serious site at the time, Virtually Boston. It was my real baby. I was becoming more active in the web design community as well and was asked to be quoted in a “WebWeek” article on browser compatibly issues. I was even asked to sit for a photo to accompany, but was later told that the photographer had never sent the pictures (so either he screwed me, or they were trying to save my feelings).

I can’t say that my words here are anything special; in fact, truth be told, they make me sound like an idiot. But dammit, I was in a magazine back when that actually mattered! 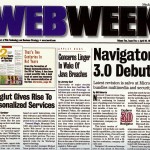 WebWeek was a big, giant tabloid production that fancied itself “The Newspaper of the Web”. This was before anybody thought of actually putting a newspaper on the web. 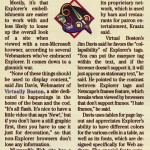 So that’s it; my brush with very localized, very specific fame. Think of it like having a moderately popular third tier celebrity retweet something of yours, but not quite as important.