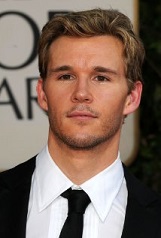 Most people know Ryan Kwanten [IMDB] from HBO’s “True Blood” [IMDB] where he plays the innocent, slightly dim, sexually charged Jason Stackhouse. On the show he’s the token human among vampires, werewolves, mediums, faeries, shape-shifters, ghosts and witches (yes, that show has gotten damn complicated). He’s the character we can identify with and who exposes our foibles in ways we can understand.

All the women in my house also seem to have a thing for him for some reason. Apparently he’s, depending on the age of the admirer, “cute” or “hot”. Thin, smart, muscular and boyishly charming… I just don’t see the attraction. Clearly I’m in the minority.

Turns out, in his spare time, he’s putting those good looks and every-man likability to good use putting out above average indie rom-coms. We watched a couple of the them. 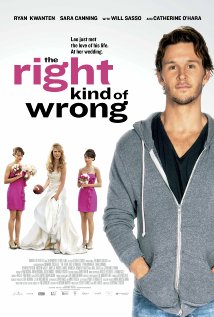 “The Right Kind of Wrong” on IMDB

Leo (Kwanten) is a stubborn, fantasy-prone dreamer. His ex-wife didn’t find it as romantic as you might think. In fact, her blog detailing his every flaw has become a multi-media sensation. You might say Leo’s been in a kind of funk ever since.

At least until he meets Colette (Sara Canning [IMDB]) and falls instantly in love with her strength and pluck. The only, minor, problem is that he meets her on her wedding day. Surprisingly, this doesn’t deter him and he sets off on a mission to win a woman he just (and barely) met from her rich, handsome, altruistic husband.

It may sound complex, but the clever pacing keeps things well in order. A failed writer, now dishwasher, stalking a newlywed he doesn’t know should be creepy as hell. It’s presented with such an innocent, optimistic joy that it easily fosters a fairy tale-like suspension of reality. The fantasy is balanced with a sensible, simplistic pragmatism that grounds the characters, making them more approachable and likable.

Kwanten and Canning have good chemistry, the supporting cast is fun and well defined (there’s a great sub-plot concerning his wildly-in-love best friends) and the setting, a Canadian mountain town, is gorgeous. The movie plays with tropes, but doesn’t stray far enough to alienate fans of the genre. It’s light, charming and one hell of a date movie. 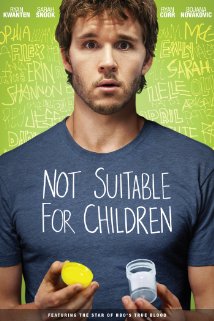 “Not Suitable for Children” on IMDB

This Australian offering doesn’t fare as well, but is still better than most. Here Kwanten is an immature doofus convinced that the party’s never going to end. When he’s diagnosed with testicular cancer he’s faced with the reality that the treatment will sterilize him in a few short weeks. His distant dream of being a dad suddenly  has a very tight schedule.

Ball cancer and sterilization aren’t the easiest things for a comedy to bounce back from. The script also has to spend significant time shooting down obvious alternatives for our dad-to-be such as banking sperm and adoption. It takes a while, but we finally get to the meat of things: if he doesn’t impregnate somebody, anybody in the next three weeks, he’ll never have a kid.

After a few misadventures and mounting desperation he finally convinces his best friend, Stevie (the amazingly named Sarah Snook [IMDB]) to give it go. What starts off purely as a business arrangement, quickly turns into yada yada yada. It progresses exactly how you’d expect it to from there.

Accepting the total predictability, there’s actually a lot to recommend this. Kwanten is still his charming self (even if he is speaking in a weird accent) and Snook is nicely convincing as the waffling, wannabe mature one in the relationship. The script is forced to pull itself out of the hole it digs by introducing cancer in the first few minutes, but because of this is able to plum more serious emotional depths than the average rom-com.

It’s not as confident or enjoyable as “The Right Kind of Wrong” but is still squarely above average for the genre. With True Blood in its last season, Kwanten should have much more time to dedicate to films and I hope to see him continue to produce smart, clever little movies like these.