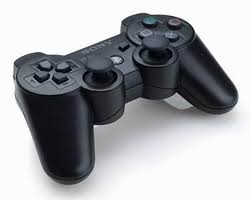 Video game movies tend to be, to put things mildly, terrible. Generally, they’re rushed, low-budget, self-indulgent compromises. They’re incredibly adept at discovering exactly which elements makes people adore the game and then ignoring them completely. Like anything else, there are exceptions, but as a rule: run away from video game movies.

Oddly, while movies based on video games tend to suck, the movies inside of video games have gotten progressively better. While many gamers skip the cinematics, annoyed at the interruption, even they have to admit that they’ve become every bit as impressive as big screen animation. It seemed only a matter of time before those inside-the-game movies transitioned directly to being outside the game movies. I recently waded through a small collection of recent efforts because, why not?

This is the oddest selection as the game it’s based on was released all the way back in 2007. It was, in fact, a PlayStation 3 launch title. The game has yet to be re-released, no sequel has been announced and no other multi-media initiatives have been announced. Honestly there’s really no vaild business reason for this movie to have been released at all.

That doesn’t stop it from being the best of the bunch. The story is a modified version of the original game’s plot. Nariko, having committed the unforgivable sin of being born female, sacrifices everything by wielding the titular sword to save her people. The sword, meant for a male heir, will drain her life away even as it grants her great power.

I loved the game and I loved the movie. It was hindered by the use of the same, seven-year old, artistic assets. More than the other selections, this looked more like a video game cut scene. It also had, by far, the most interesting, mature story of the bunch. The visual and character design was also intensely interesting, even if it did look dated.

This is epic fantasy done right and should make swords-and-monsters folks pretty happy.

This short film provides an epilogue for the character of Ezio, the main character of several “Assassin’s Creed” games. More so than the other selections, this benefits from a good knowledge of the games. Set 10 years after the events of his last game, the story presents (spoliers!) the last days of our hero.

The story itself is more than a little cliche, but is absolutely forgivable considering the bond that many players will have built with the character. We see that he’s had a happy, fulfilled life and we can feel happy for him. We also get a bunch of ass-kicking action and a definitive end.

The animation is the most pedestrian of the three selections. It’s neither good nor bad; it just is. The story should make fans of the character happy enough, but will hold almost no interest for anybody else.

This was the biggest disappointment of the bunch. The mythology constructed around the “Dragon Age” universe is deep and engaging and has spawned several worthwhile cross-media properties in the form of books and comics. This movie, however, is uninspired bordering on insipid.

The plot is straightforward. Beautiful hot-headed warrior princess girl uncovers a conspiracy, is then framed by said conspiracy and has to work with her enemy who turns out to be an OK guy. Oh, and her grizzled mentor who’s taught her to believe in herself? He’s dead.

The animation is a weird cell-shaded mess that was clearly aiming for artsy, but just ended up dark and fuzzy. It may have been fine in small doses, between gameplay segments, but absolutely loses its novelty after 90 straight minutes. The acting is mediocre, but I’m willing to admit that the actors may have just been uninspired by the material.

It’s a terrible shame. The world would easily support as many great stories as could be thought of. There’s no excuse for attempting to cash in with anything less than amazing.