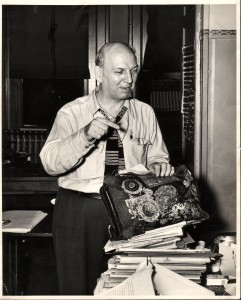 Uncle Jeff at his office in Cincinnati, date unknown. Click to enbigger.

Friends, I know you may have had suspicions, but I’m ready to admit the truth: we’re hobos. Not practicing hobos, mind, but rather hobos-by-birth by way of my great uncle, Jeff Davis, the first bona fide King of the Hobos.

Jeff was born in Cincinnati, Ohio and was wandering by the time he turned 13. He spent time in most major cities, criss-crossed the world many times (while only paying for a fraction of it) and impressed many people. He died at the age of 84, in 1968.

He founded the “Hobos of America” and styled himself “King of the Hobos and Emperor of the Knights of the Road”. He created a chain of “Hotel de Ginks” across the country as temporary housing for the homeless and runaways. He painted and often worked with his brother, my Great Grandfather, Carl Davis (who I’ve written about before when I admitted that we’re also carnies) on the carnival and vaudeville circuit.

One quote of his that sticks with me is: “A hobo wants to work, a tramp won’t work and a bum can’t work.” Bill Foley expanded on this in an article in the Jacksonville Times-Union in 1998 (image below):

First, said the King, you got your regular top-of-the-line hobo, who is a person who travels from place to place in search of honest work. A prince of a fellow.

Then there is the ”intellectual hobo,” sort of a dilettante who is looking to avoid honest work while thinking up important stuff.

There is the tramp, who is a tourist in rags who refuses to work, and last and certainly least is the bum, a poor relation of the tramp who has fallen to drink, drugs or disease or any combination thereof.

Here are some write-ups about Uncle Jeff including a lovely entry in the Congressional Record from Representative Barratt O’Hara, Illinois: 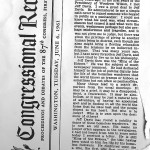 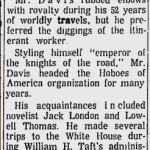 Obituary for Jeff Davis from the Toledo Blade; April 6, 1968.

Finally, here are a few more shots of Uncle Jeff from the family archives (that big shoebox at Grandma’s house): 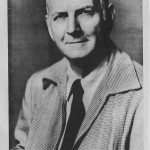 I’ve collected quite a bit more material about Uncle Jeff – and Great Grandpa Carl for that matter – and hope to find more. If you want to see scratchy photo-copies of 90-year old newsletters and unlabeled pictures of anonymous carnival midways, then stay tuned!