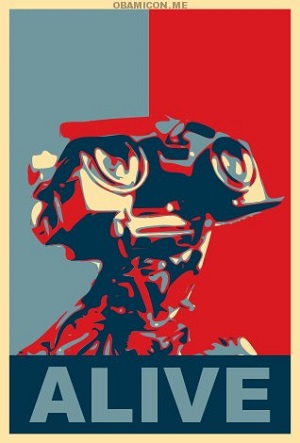 Like many others we recently enjoyed the painful, bleeding hell that is the first day of school. We watched two grumpy teenagers
shamble off to another year of learning. This year my son is starting Advanced Placement Computer Programming, just like I did in high school.

Well, not “just like”. My AP computer course, taken over 25 years ago, used Turbo Pascal on an Apple IIe. It had a 1MHz CPU – yes a sad, single megahertz – paired with 64 kilobytes of RAM. To put that in perspective, the latest round of smartwatches are at least a 1,000 times faster and have more than 8,000 times more memory.

Of course, desktop workstations are thousands of time faster than that. In fact, some estimates claim that we’ve enjoyed over a trillion-fold increase in computing power in the past 60 years. Even with that, and all the tricks that we’ve come up with to fake it, we’ve yet to get computers actually thinking.

Sure, we’ve gotten them to listen to us, talk back and even make sense some of the time. A few of them are driving by themselves and others can return a smile. When talking about intelligence, talking about feelings, this is still all smoke and mirrors, They’re still not thinking.

Regardless, we spend a lot of time thinking about computers thinking. There have been stories about mechanical intelligence for well over a century. 2015 alone saw the release of four major films with A.I. as the central theme. I’ll be reviewing them all in the next weeks (with the exception of “The Avengers” which I already reviewed) along with some thoughts on some older classics and not-so-classics.

I’m confident that I will not live to see the emergence of true A.I. The movies will have to be enough for me. Still, it is coming, and the world will shudder at its arrival.