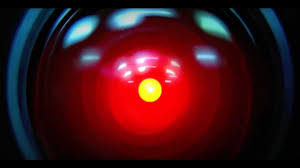 In the past few weeks I’ve covered over a dozen examples of A.I. in film. They’ve ranged from simplistic, overly fantastical, stories of 8-bit computers achieving sentience and emotional beach-balls causing national disasters to serious, cerebral explorations of what the true meaning of intelligence, life and existence really is.

For each movie that I covered, there are a dozen more that I neglected. To close on a high-note, then, I’d like to touch on a handful of classic personal favorites that have helped to mold the genre. 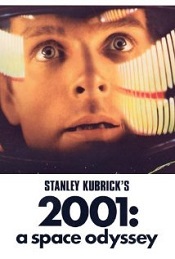 Stanley Kubrick’s [IMDB] classic is one of the most dissected, analyzed films in history. Books have been written about it and entire curriculums constructed around his obsessive attention to detail and visual genius. It sits high on the list of AFI’s Greatest American Films of all Time, and many would argue that it should be higher still.

Although the film ranged widely in scope, the key antagonist was, of course, the murderous A.I. HAL 9000. The phrase, “I’m sorry, Dave. I’m afraid I can’t do that,” still sends chills down my spine. An ultimately a tragic character, his insanity stems not from a flaw within himself, but from conflicting instructions from his human handlers.

HAL was one of the first depictions of a true, psychologically complex A.I. in film. Unable to cope with the contradictions forced upon him, he attacks his crew. In one of the film’s many iconic scenes, astronaut Bowman disconnects him and, as his consciousness drains away, he mournfully sings “Daisy Bell”.

Like all sci-fi movies, ever, this tale of survival is loosely based upon a short story by Philip K. Dick [IMDB]. Ridley Scott [IMDB] created a visual mythology around Dick’s core themes that has informed and permeated sci-fi ever since.

Replicants, androids nearly indistinguishable from humans, are used as slave labor and built with an expiration date past which they will die. When four escape and reach Earth, intent on hunting down their creator to demand more life, a Blade Runner (Harrison Ford [IMDB], in an unusually somber role), is sent to kill them.

The movie leveraged its environment to explore multiple, diverse themes. Its dark vision of our all-to probable future is an often-copied conceptual archetype. It transcended the mere idea of intellect and tackled the definition of life itself.

The film suffered from studio meddling during its initial release, including audience “hand-holding” via a stapled-on narration and a new, “happy”, ending. A large number of edits, reworks and alternative releases have resulted in no less than seven distinct versions of the film since. Watching them all is an interesting experiment, but it’s difficult to argue against the 2007 “Final Cut”, the only version where Ridley Scott was given complete control, as the definitive version. 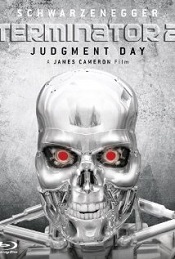 While “The Terminator” universe is often seen as simple, bombastic, popcorn fun there’s surprising depth layered beneath the bullets and explosions. The massive, surprise success of 1984’s The Terminator [IMDB] (and a half decade of technical advancement) meant that writer/director James Cameron [IMDB] was given essentially a blank check for the sequel. Nobody has ever accused Cameron of penny-pinching, and this was then the most expensive movie produced to date.

The depiction of A.I. in the Terminator universe is simplistic yet powerful. (The depiction of time-travel is… slightly more complex.) When computers reach sentience, they invariably decide that humans are a liability to be eliminated. The decision of a machine, once made, is fact. Humanity’s only options are to fight, or die.

Terminator 2 may not have added significantly to the debate around A.I., but it remains, one of, if not the best, action movie ever produced. 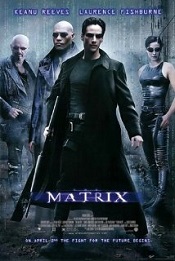 Despite the (generally undeserved) ridicule of the sequels, there’s no argument that The Matrix represents a water-shed moment in film. The Wachowskis melded the flamboyant martial arts styles of Hong Kong cinema, the grand tradition of American bullet-hell, cyberpunk and the emerging hacker culture to completely redefine our concepts of action.

Humans, of course, were losers in a prolonged war against sentient machines that scorched the Earth and destroyed our civilization. As a means of power (and, perhaps, to preserve something of their creators), the machines raise human livestock in biological energy farms while allowing us to live out our lives in a computer generated simulation. A society of untethered humans works to free others from The Matrix while fighting the machines.

The Matrix embedded a deep, philosophical story about the meaning of existence against an utterly engaging backdrop of explosive action. It made intelligent introspection cool and stylish in a way nothing before, or since, was able to do.