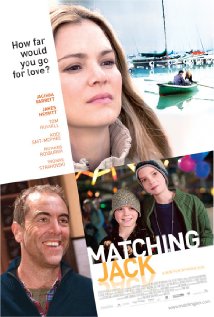 This is an unabashed, completely manipulative tear-jerker – and a pretty damn good one at that.  The primary hook here is that during the stress of finding our that her only child, Jack, has cancer Marissa also discovers that her husband David has been chronically cheating on her with dozens of women for over a decade.  When it appears that Jack’s only real chance would be a bone marrow transplant from a compatible sibling, she begins to track down his past flings in the hopes that he has some illegitimate children floating around.

While titular, this whole thread is thankfully never allowed to bog down the film.  Instead several secondary plots are lavished attention.  These include Connor, the eccentric but loving father of Jack’s roommate, attempting to maintain his son’s spirits, a budding romance between Connor and Marissa and David’s issues with his current lover.  The excellent script and pacing keeps all these threads from getting lost.

The interaction between the children is the most affecting.  In one of the most touching sequences Jack learns the ropes of the hospital from his new friend: you only have to really worry when people start being overly nice to you.  If you’re ever given your very own PlayStation 3 then you know that you’ve gotten not long left.  “Is there any way of getting your own PlayStation that’s a bit less than dying?” Jack asks.  “I haven’t heard of it, ” his friend replies.  The kids in movies like this often end up as glorified props, but here they have some refreshing depth to them.

Excellent performances and interesting characters are the real strength of this low-key import.  I’m continually surprised at the quality of the films coming out of Australia.  For fractions of the budgets of American films they’re producing often superior work.