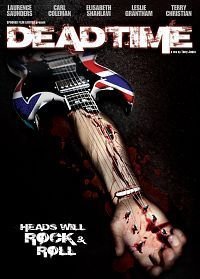 This were, in the slang of the participants, shit.

A once popular band is trying to pull out of a downward spiral.  In a last ditch effort to impress their record company they lock themselves in crappy warehouse for the weekend to make a comeback video.

Then there’s some babbling about magic and a few endings.  I supposed that, in it’s defense, there are boobs.  But, if there’s one thing I’ve learned, boobs can only carry movie so far.