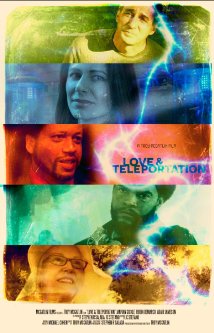 [Disclosure: This was screened at the request of the filmmakers. No other considerations were made.]

Why hello there sir, a moment of your time – a mere moment! Now sir, what if I told you that there’s a no budget movie – yes, no budget at all – that’s actually good? Even really good? Yes sir, you’d call me crazy!

What if I went on to tell you that this no budget movie was not only good (even really good) but that it also doesn’t feature a single slasher, zombie or alien? You, sir, would say that I was crazy and a liar!

What if I then went on to suggest that this seemingly mythical movie also has a smart script, no blood or nudity, and an ending that actually makes sense! Yes, admit it, you might call me a crazy liar and question the quality of my upbringing!

Well sir, I’m here today to say that all of this is absolutely true! This sleek, modern, 100% American-made little number is available right now on Amazon Prime! This, sir, is a deal that you cannot pass up!

The story revolves around Brian (Jan Van Sickle [IMDB]), a disgraced Ivy League professor reduced to working at a community college. There he meets another teacher, Shelly (Robin DeMarco [IMDB]), and decides that maybe being disgraced has its perks. Unfortunately he’s also borrowed from a dangerous loan shark to complete his ambitious, but flawed, teleporter project. These threads ultimately collide in ways that nobody could imagine.

Well, that’s not completely true. Sci-fi fans will likely see the twist ending coming a long way off. I’ve often said how much I hate twist endings, but I have to clarify: I hate bad twist endings (ooh, I hate them so much!) Twist endings that throw away characters, change the story or confuse for the sake of confusion.

This is a good twist. It’s broadcast early enough for the audience to get comfortable with the idea. It doesn’t sacrifice continuity or character. It makes sense. It also plays out in that wonderful way where your criticisms are addressed almost as soon as they occur to you, ultimately leaving no loose ends or open holes.

It is a no-budget movie, so there are obviously rough spots. Happily the filmmakers clearly knew how to work within their means. A simple example, most films at this level would attempt to apply dramatic lighting, but fail and end up plunging anything of interest into total darkness. Here the lighting is bright and clear, but yes, a little dull. Many scenes would have benefited from better lighting, but none suffered from failed attempts at it.

The pacing was a bit uneven, but was never fatal. The acting was a bit rough, but never embarrassing. A standout was Adair Jameson [IMDB] as Brian’s doting elderly neighbor. The few special effects were pushed exactly as far as was needed and no further. Sequences that would have been turned into short-bus special effect disasters in other hands were stripped down to utterly simple, but effective, light-shows and reaction shots.

It’s incredibly difficult to discuss the film without spoilers. I will say that my wife and I spent significant time discussing it after watching. Tracing the threads of the story, arguing the finer points and trying to wrap our heads around the ramifications of what happened occupied just as much time as the movie.

People: we don’t spend that much time talking about crap. (Unless it’s “Prometheus”. I could talk about how bad that was for days.) The movie was smart, thought provoking and great fun. Check it out.