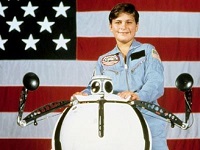 A.I. has provided filmmakers with a wonderful tool to explore the human condition. We can guiltlessly examine the absolute best and worst aspects of ourselves in a safe and approachable way. The reflective interaction between man and machine has produced some of the most iconic moments ever set to film.

Then there are other times. Times where A.I. is introduced and your only reasonable reaction has to be “What the fuck?” Here are two of those times. 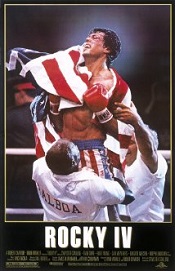 Did you remember that Rocky IV featured an autonomous, intelligent serving robot? No? This is because that fact, while true, is so incongruent as to be physically dangerous to your health. Honestly, check it out for yourself.

This is a movie about a boxer resting comfortably, but uselessly, on his laurels and being forced to rekindle the drive that got him there. It’s a movie glorifying the spirit of the American working man while denigrating the tyrannical, people-as-resources mentality of the Soviet Union. It’s a movie about gumption, grit and resolve.

In the movie, the always generous Rocky, is now rich. In a bizarre sequence reminiscent of a dance video, he gives his grumpy brother-in-law, Pauly, a six-foot tall semi-humanoid “butler” robot named “Sico”. Later, in one of the creepiest scenes of the decade, it’s revealed that Pauly, somehow, reprogrammed the robot’s voice and personality into that of a sultry seductress.

It’s a movie that has a freakin’ robot servant. Not one in development or at a lab, but a consumer product given as a gift. A robot servant with predictive capability, full voice recognition and synthesis, empathy and personality. A robot servant that would seem almost magical if introduced today.  In 1985.

The truly bizarre thing is, there’s absolutely no need for it. Rocky could have, say, hired Pauly an actual butler. One that Pauly might have “returned” to the service in exchange for a hot maid. The exact same gags could have been delivered in the exact same way and been exactly as unimpressive.

To be completely fair there is a reason, of sorts, for the appearance of the robot. It was, in fact, a real tool designed by Robert Doornick, founder of International Robotics, to help treat autistic kids. Sylvester Stallone [IMDB], as the father of an autistic child, saw the robot and was so impressed he wrote it into the movie; terribly. 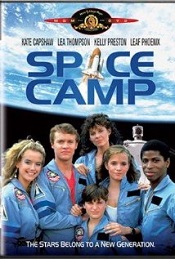 Space Camp is a fun, harmless movie meant to give kids a look into what working for NASA and being a shuttle astronaut was all about. Unfortunately, just before it was released the world was rocked by the space shuttle Challenger disaster. The film was delayed for months, but finally released to negative reviews and an uninterested audience.

In the movie, a group of kids attending NASA’s Space Camp are given an opportunity to sit in the Shuttle Atlantis during an engine test, but then are accidentally launched into space where they have to precocious their way home. It was notable for the level of actual detail and science used. The shuttle “set” was the actual simulator used by NASA and the attention to operational details was laudable.

Jinx is a “cute” beach-ball-sized robot that, we’re told, was supposed be used in space but was found to be, I shit you not, “too literal” in its reactions to verbal commands. He roamed NASA helping out where he could, like a neurotic Roomba, until he became “friends for forever” with one of the campers. That kid had a bad day and wished he was “in space” so Jinx, being oh so humorously literal, arranges for a malfunction that will force mission control to launch the shuttle during the test.

Yes, NASA created a fully autonomous, sentient robot that can parse language perfectly, speak, form emotional attachments, feel empathy and intelligently access their systems. It’s smaller than a suitcase and can apparently run for extended periods of time with out maintenance or charging. They then decided it was a “failure” because it couldn’t understand sarcasm, cancelled the project and let it roam randomly.

It’s like you’ve walked into your doctor’s office and you see a large, impressive machine standing inert against the wall, being used as a hat-rack. When you inquire, the doctor glances at it, shakes her head and says, “Oh, that. It’s a machine that completely cures cancer, but it’s a failure: after it eliminates all of the cancer it gives the patient a small pimple on their nose.”

For a movie so concerned with realism in so many ways, the existence of Jinx – a plot device that could have simply been easily replaced with the actual malfunction simulated – is mind-boggling.