I’m not-live blogging our Extra-Life 2015 Marathon! Our team, The Vidiots, is 22 hours in and still playing! Well some of us are playing. We’ve lost more than a few. The survivors are still plugging along, but for how much longer is anybody’s guess. 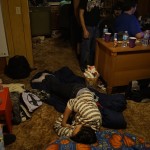 This may not be the best place to have nodded off. 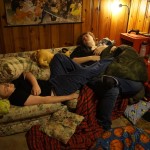 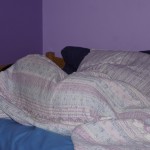 At least one of them had the sense to actually use one of the guest beds we set up.

We’re almost to the finish line!