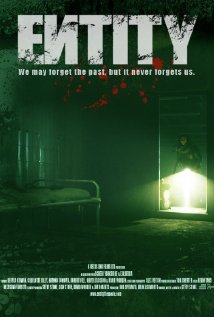 15 years ago a mass grave of over 30 people is found in the Siberian wilderness. The Russian government ignores the event and provides no explanation. A small group of journalists accompany a powerful psychic to the site to investigation. After making contact with spirits at the site the group is led to an abandoned research station several miles away. There they unravel a terrible secret while being assaulted by… something, left in the ruins.

The plot leans heavily on well-worn, but admittedly effective, devices. The group is forced to stay in the facility after events begin due to the disappearance of a team member.  Exposition is provided when people inexplicably stop their search to “review footage” or discuss history. Everybody isn’t what they seem and the small group splits up constantly. Governments, you may also be surprised to learn, are evil.

The movie is a hybrid of cliched found-footage action sequences and much more interesting traditional segments. Dropping the former would have improved the movie significantly. The effects, what little of them can be seen with the wildly-waving camera of the found-footage sequences, are simple but work. The better scares rely on atmosphere and deft camera work rather than gore. The less effective ones rely on mindless screaming and the aforementioned wildly-waving camera.

The movie is well paced but does become noticeably drawn out at points; entering that shadow area between “tense” and “boring”. The acting is, mercifully, above average for the genre. It may also be that the script simply doesn’t ask much of the actors but knowing your limitation is also to be applauded. It takes very few risks but as the first feature from writer/director Steve Stone it shouldn’t. The old adage, “walk before you run,” applies to film-making as well and Stone takes it to heart here making a solid, if not particularly challenging, horror flick.