I’m not-live blogging our Extra-Life 2015 Marathon! Our team, The Vidiots, is 16 hours in and still playing! The team is getting something of a second wind after spending 30 minutes searching high and low for a missing cell phone (it was under the couch).

We also had our first casualty! It didn’t come as a surprise as this particular team member worked the night before (and is heading to work later today), but it still may be giving some of the other guys ideas. Sleepy, nappy, snoozy ideas! 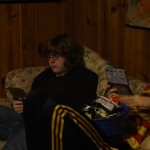 The couch is popular… 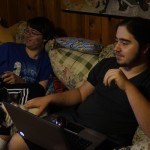 … and in heavy rotation… 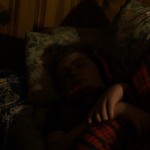 .. but our first casualty has claimed it for good.