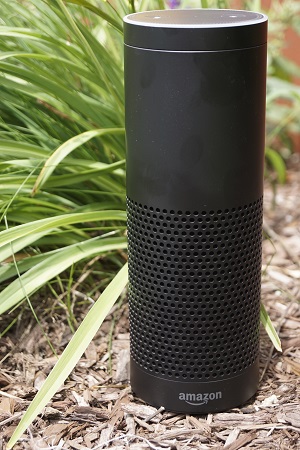 END_OF_DOCUMENT_TOKEN_TO_BE_REPLACED

In Part 1 of the review, I focused on the hardware and controller of the PS4. Here I’m going to dive into the operating system and online features.

END_OF_DOCUMENT_TOKEN_TO_BE_REPLACED

The Playstation 4 is, of course, a Playstation 3 plus a Playstation One. Or two PlayStation 2’s. You get the idea. It’s the new one. I got the system on day one, despite the fact that I had no interest in any of the launch games. So instead of reviewing a system I wasn’t really using I decided to wait for a few months, get a couple software updates under my belt and maybe wait for a game.

I’ve already given some initial impressions, and a small gallery of photos, in my day-one article, “PS4 First Impressions“. In the first part of this review, I’ll focus on the hardware. Part 2 will focus on the system interface and software.

END_OF_DOCUMENT_TOKEN_TO_BE_REPLACED

I’ve waited to do this review.  Having funded the system during the original KickStarter campaign, I’ve had it for quite some time.  Truth be told the system, as originally delivered, was more than a little rough around the edges and the games available less than impressive.  I decided to allow some time for the software (and a few minor hardware) issues to be settled before forming my opinion.

END_OF_DOCUMENT_TOKEN_TO_BE_REPLACED

I, along with reportedly about a million others, heard the low $35 dollar price during the Google presentation on Thursday and ordered myself a Chromecast.  I really didn’t know what it was, but it was cheap, it was new and I wanted one.  Yes indeed, being gainfully employed has some perks.

END_OF_DOCUMENT_TOKEN_TO_BE_REPLACED

Almost a year ago I gave some strangers $100 of my money.  They promised me that within a year they would give me a small box that would change my life.  (Making it completely different from, but reminiscent of, the puzzle box that releases sadistic demons in HellRaiser.)

The box would allow me to play Android games in full 1080p on my giant TV.  It would give me a high-end wireless controller just as good as my other consoles.  It would use a Tegra 3, turn on almost instantly and feature XMBC thus giving my current go-to media player, the beloved PS3, a run for its money (or at least a chance to rest).  It would be completely open and you could try anything you like before you buy it.

I can’t stress enough: this was a big risk.  There was no guarantee that I would ever get this box.  But me and 60,000 other people gave them our money anyway, crossed our fingers, hid from our suspicious spouses and hoped.

It seems like forever ago but the Ouya is real.  The thing, the actual damn thing, will start shipping to people like me – better than that to people that are actually me! – in three short days.  It just struck me a few minutes ago how God Damn cool that is.