We kicked off our Extra-Life 2014 Marathon, with our last-minute attempt at a team – the Vidiots  (feel free to donate) – about eight hours ago. I had planned on making regular updates, but I’m having too damn much fun, so shoot me.

The entire event – thanks almost entirely to the $115 our team has contributed – has raised nearly four million dollars so far and shows no sign of slowing. The strength and determination of sick kids is amazing, and this money will go to ensure that there are even more sick kids around to inspire us all! 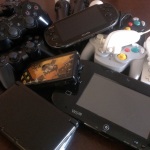 The arsenal is prepared! 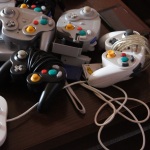 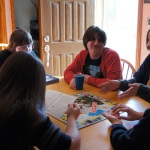 Old-school games still have some appeal even if new-school people don’t have the patience to finish them.

The line-up so far as been pretty eclectic: 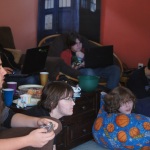 Lots of computers and consoles and handhelds and soda and chips and candy and snacks and stuff! 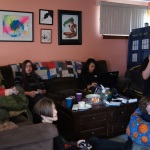 This honestly isn’t that different than most weekends… 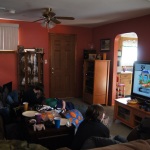 I call not cleaning up!

(I’ve been informed that I may have missed the point of the fund-raiser. I don’t think so.)