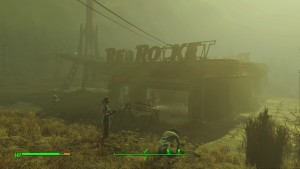 Neither snow nor rain nor fatal radioactive storms stays these settlers from their appointed rounds.

I continue my play diary of Fallout 4. I returned to covenant to explain to my new friends, Talia and Peggy, that they were free now and enlist their help in creating a new, more open-minded covenant for all! Things didn’t go exactly as I planned and I had to kill them all. In unrelated news, I have a new settlement!

I also spent literally hours playing dress up and exposing the asses of large groups of people. I mean I wasn’t specifically trying to expose their asses, or anything! Trust me, it was all in their best interest! I swear it! I AM NOT A CULT LEADER!

Piper and I had one of those 80’s musical montages where we laughed, played with pillows and changed clothes. I played “Girls Just Want to Have Fun” while we did it. Since I was alone in the middle of the night, It ended up a little more sad than uplifting. 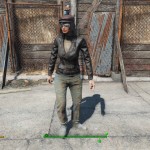 When yer a Jet yer on Jet all the way! 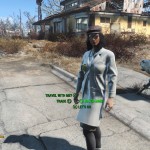 Doctor Piper to the E.R. STAT! 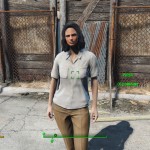 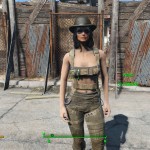 This is… actually a pretty good look. 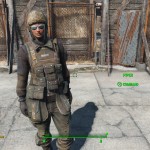 Shall we crack open the Vodka, comrade?! 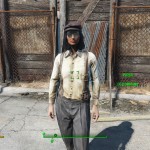 Journalist as undercover newsboy; what irony! 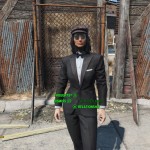 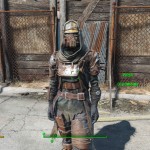 Just doesn’t scream “Piper” to me. 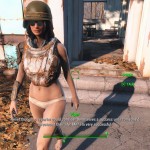 While I’ll admit to certain benefits for this one, the utility in combat operations seems compromised.

Dressing up companions isn’t exactly encouraged, but it is an option and, I assume, giving them better gear will prolong their lives even if they don’t appreciate it directly. Of course sending some of the more annoying characters out into the world in nothing but underpants has its rewards as well. 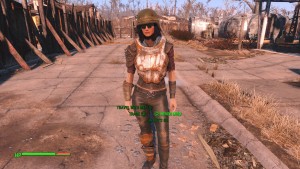 The final decision. Protective, yet feminine; practical, yet saucy.

There are plenty of annoyances with it, but my one big one is that the “Take All” command in the transfer menu takes even items that are explicitly equipped. You’ll come home after a long, successful mission fully laden down with toasters and feather dusters and then accidentally take all of your companions armor; which is then mixed in willy-nilly with your loot and your own armor.

With wearing armor so complex now (since you can’t sort by body location or see a live preview), this mistake can easily cost you several minutes of frustration. This rolls into a whole net of minor gripes I have with the Fallout Inventory system, yet seems a pretty simple one: leave equipped items alone when using “Take All”. 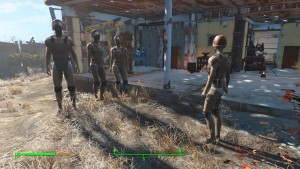 It is a distinctive look, you’ve got to give me that.

After clearing out The Compound last time, I was overloaded. I headed to Sanctuary Hills to dump some gear and, looking over my loot started to get some ideas: I had eight or nine full sets of “Covenant Security Armor” and a bunch of settlers in rags. I rang the bell to bring everybody in (although this never seems to actually bring everybody in) and went to work.

The problem is that almost none of the “normal” clothes can be worn under armor and I sold all the looted clothes that I could. So while my settlers are now significantly more protected from damage, they also all had their asses hanging out. Just because I’m the best landlord ever, I popped into Diamond City and  bought some road leathers to hide their shame. 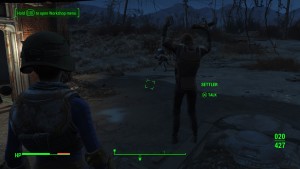 Glancing at my settlements menu I saw that the Red Rocket Station showed no food or water production and zero defense. When I got there the weather had turned nasty, as befit the ruin that I beheld (that’s poetry, people!). They had clearly survived some kind of attack. One that I annoyingly don’t remember ever being told about.

One of my settlers was frozen in a clear “I surrender! Kill them instead of me!” pose. Most strangely, he was also hovering about a foot off the ground and floating slowly, almost majestically, across the landscape. You stay golden, cowardly settler! You stay golden!